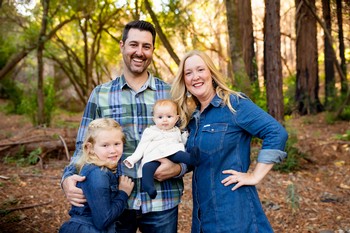 Whitney grew up in Paradise, CA while her father, Mike (co-winemaker), ran a small construction company. The oldest of Mike and Lynn’s two daughters, she spent many weekends on the family ranch, being taught about wine and the vines. Learning early about the family’s zeal for hard work, she has become a major presence in the winery, coordinating all aspects of the winemaking as well as overseeing the vineyard operations.

Whitney became co-winemaker in 2008 and began assisting sales in 2014. She has been working hard to build the name and can be found at various events pouring Yates wines.

Whitney is a founding member of a group of women in the vineyard industry known at the VitWomen. She is also a member of Next Generation of Wine which is a group of fellow 2nd generation family wine members.

Whitney is the proud mother of two daughters, Hannah and Lillian, and she is married to Ryan Silva, a staple in the wine industry and current DTC manager of Trinchero NV tasting room. They both love nothing more than a good glass of red wine.